This banner can be used to inform vistors of something important.
Learn more

Stay up to date!

Get the latest news, advice and reviews from the world of business tech.

Thank you! Your submission has been received!
Oops! Something went wrong while submitting the form.
Maybe later!
Payments

If you are thinking of starting a new multichannel business with both in-store and online sales, Shopify has all the tools you need. 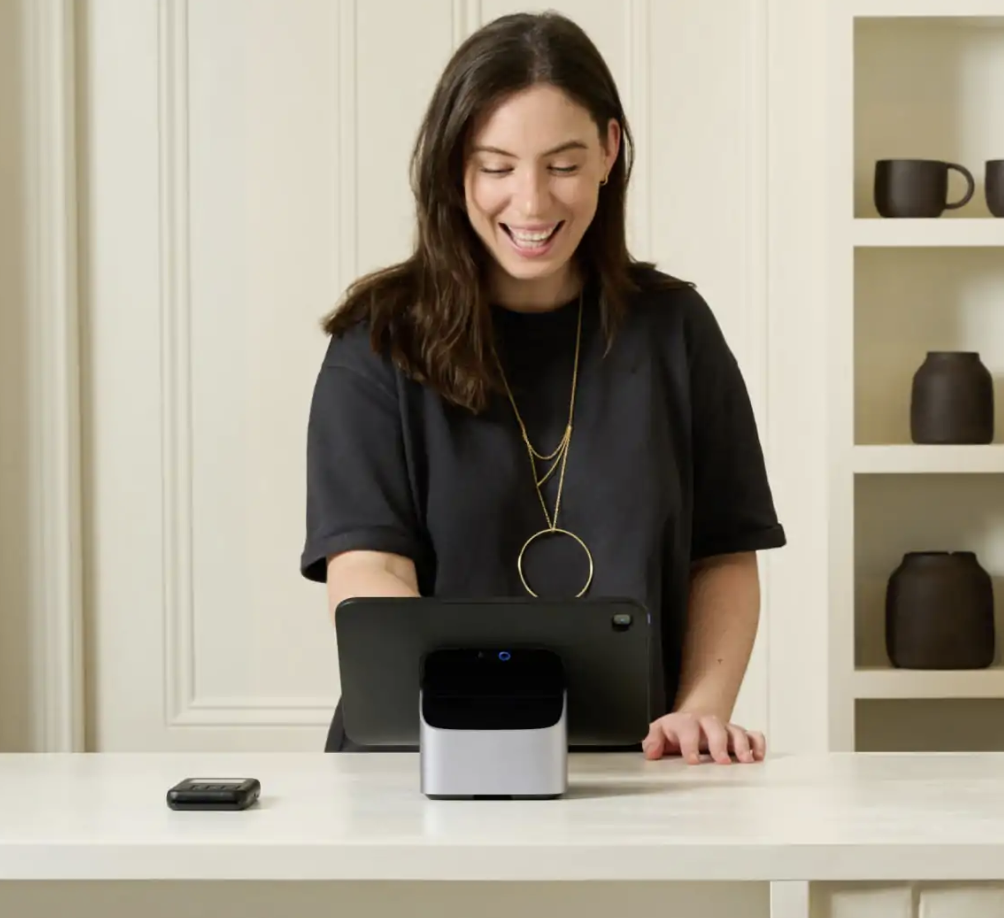 OVERALL RATING: Best for those who want everything in one place

We’ve tested Shopify’s POS features to see how they match up against other points of sale systems.  We have all the information you need to decide for yourself whether Shopify POS is right for you and your business.

Who is Shopify POS best suited for? Perfect for your business if you want outstanding omnichannel management features and already have a Shopify Online Store.

Do you have an e-commerce store (Shopify or otherwise) and are looking for a reliable point of sale system to take card payments on-site? If so, Shopify POS could be perfect for you.

Shopify POS is best for e-commerce stores looking to add an in-person presence and those wanting to manage all their online and brick mortar operations under a unified platform.

What is the difference between Shopify and Shopify POS?

Shopify is best known as the go-to website creator for businesses looking to build an e-commerce site. Shopify's online platform is among the best options for e-commerce businesses and startups seeking a great value way to create an online shop!

The company has been one of the most successful e-commerce website builders in the industry since 2005, and since 2013 has provided Point of Sale (POS) systems and other hardware like barcode scanners and card readers.

Is Shopify POS right for your startup or small business?  Read our impartial review to find out.

How does the Shopify POS payment process work?

While other companies like Square or Zettle are better known than Shopify for providing POS (Point of Sale) systems, Shopify is still an option worth reviewing for many businesses, particularly those with a Shopify online store.

Shopify's key selling point is integration; all the POS hardware, software and payment systems integrate flawlessly with their eCommerce platform. Retailers looking to build a large online store that works perfectly with their brick and mortar shops will significantly benefit from using Shopify POS.

As an extra selling point, anyone looking to try out Shopify can do so for free for the first 14 days without having to hand over any money or even card details.

Before we get started, Shopify doesn’t currently list prices for all their products in GBP, so the exact cost for UK customers will vary depending on the exchange rate.

Shopify sells a comprehensive range of hardware that works with its POS system and eCommerce platform, which we cover in detail below.

While Shopify's WisePad 3 card reader is highly functional, its design does leave much to be desired. Particularly when compared to the handheld card readers offered by Square and SumUp, the WisePad 3 looks a bit drab. However, this isn’t overwhelmingly important unless your business is particularly design-focused.

As previously stated, the reader WisePad 3 works just as well as any reader offered by Zettle, SumUp or Square. The reader accepts both chip & PIN and contactless payments, including Apple and Google pay. The reader supports all the usual card providers, including Visa, MasterCard and American Express.

The WisePad 3 is easy to set up and links to Shopify’s accompanying hardware, like barcode scanners, cash drawers and receipt printers. The unit is more expensive than those offered by some competitors, but it's still cheap compared to traditional PDQ card machines offered by Barclaycard or World-pay.

No, it doesn't work with Android devices. The WisePad 3 connects to an iPhone or iPad (running on iOS 12.5. 1 or higher) over Bluetooth, then uses the mobile device's WIFI or mobile network to process payments.

The Star mPOP is a practical little all-in-one cash drawer. It has a built-in receipt printer and an optional 1D barcode scanner included.

The well-designed machine connects to your till or iPad through Bluetooth, and the cash drawer automatically opens when you put through a sale. The unit is lovely to look at and comes in a colour choice of black or white.

Shopify also includes a universal tablet stand with the Star mPOP, so this small cash drawer and printing unit is all any shop needs to start processing cash and card payments.

Shopify also has a range of accompanying hardware that may be useful to your business:

Unlike its competitors, Shopify offers its POS systems, hardware and card payment systems as part of its eCommerce website subscriptions. As such, we can't directly compare its pricing with SumUp, Zettle and other payment providers as the plans all include many extras not offered by the others.

Shopify's POS system is an all-in-one platform with various tools to manage inventory, market to customers and take payments, all while selling products online through your included eCommerce website. It is available on both Apple and Android devices.

The Shopify POS Lite version is the company’s bread and butter POS system, which has an enormous array of functions and features, the most important of which we have described below. This version is included in all pricing plans.

Additionally, the app helps you synchronise your inventory across every sales channel, both online and physical.

You also have the option of upgrading to Shopify POS Pro, which includes everything the Lite POS plan offers with some additional extras, the most important of which is unlimited app users per site.

Below, we’ve listed some of the key extras offered on the PRO plan:

Shopify offers three different payment plans called Basic Shopify, Shopify and Advanced Shopify. The key differences between the plans are the number of locations and employees allowed per plan and which POS package Shopify includes for free.

Shopify doesn’t currently give a price in GBP for their pricing plans, so the exact cost for UK customers will depend on the current exchange rate.

The Advanced Shopify plan includes everything in both plans described above, as well as:

Shopify charges customers varying rates for using their card payment system depending on their chosen plan.

Standard Shopify - Smaller businesses with plans to scale up

Based on your credit card sale volumes

Shopify Plus is the company's top-level commerce plan, specially designed for enterprise-level brands with a high sales volume. Some of the world's biggest companies have recently switched to Shopify plus, like Nestlé and Red Bull.

The platform is essentially a world-class POS system offering business way more customisation and control than other platforms, much better automation for sales, marketing and inventory management, and advanced level multi-channel or omnichannel selling capabilities.

Small to medium-sized businesses likely won't benefit from Shopify Plus, as its features are best suited to companies with vast amounts of sales. However, if you're looking to grow your business or thinking about selling internationally, Shopify Plus could be an excellent choice for your business.

Who is Shopify POS best suited for?

Shopify POS is a great POS software for any small retail business, but we especially recommend it if you need a POS system that will integrate seamlessly with your online store.

Why Shopify POS is the best

If you are thinking of starting a new multichannel business with both in-store and online sales, Shopify has all the tools you need. Shopify is a great e-commerce platform and their POS solutions really complement that for businesses with both online and bricks and motor stores. This makes it easy to get everything you need in one place and ensures seamless integration of your two sales channels.

Why Shopify POS is not so good

One major downside to Shopify POS is its limited offline card payment capabilities. Look into Zettle if you are in search of reliable mobile POS apps with offline payment processing. A great feature of Zettle over the likes of Shopify POS is Payment Links. This allows businesses to take payments remotely, perfect if you want to take bookings or charge for services over the phone.

The Advanced Shopify plan, and Shopify Plus, also provide a good solution for businesses looking to scale up in the future.

However, if you're running a small business out of a physical store and have no interest in using Shopify's eCommerce platform, your business would likely be better off with a different POS provider.

How much is Shopify POS?

Shopify POS Lite is free with all Shopify e-commerce plans, for those who want to use Shopify POS for their brick-and-mortar operations will likely want to upgrade to the POS Pro plan and pay monthly.

What is Shopify POS Pro?

Shopify POS Pro is an upgraded version of Shopify's POS Lite app. On Shopify POS Lite, you can manage products, accept payments, and build customer relationships. You can enhance the functionality of POS Lite by upgrading to POS Pro for added features such as providing users multiple omnichannel features like selling across online and offline channels.

Is Shopify POS available in Australia?

Shopify Payments POS is now available for retail businesses in Australia!  Aussie retailers will now be able to accept all major payment methods however and wherever they need to, seamlessly integrated with Shopify POS.

Can you use Shopify POS without a card reader?

Yes, even without a Shopify card reader, you can still use Shopify POS to record cash transactions.

Stay up to date 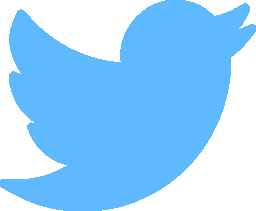 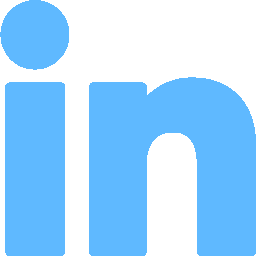 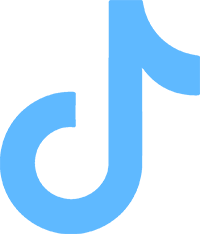